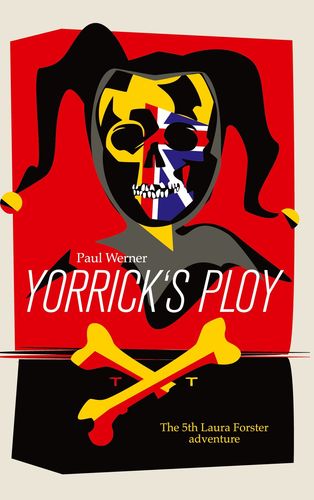 Mehr erfahren
Beschreibung
Laura and Solitaire come face to face with a true Mission Impossible, here. On the historical backdrop of the Armada´s failed campaign of 1588, the sisters follow on the long-lost trail of a Spanish traitor who, having left his compañeros in the lurch during the foundering of their ship, the Gran Grifón, near Fair Isle, vanished with both several pocketfuls of ducats and invaluable gold crucifixes, only to re-emerge in the folds of the German Hanse as Englishman Yorrick.
Being of the stuff myths are made of, Yorrick later became the founding father of a well-reputed Brotherhood, which, after his death, gradually degenerated into a criminal gang, soon seemed to have vanished from the face of the earth, only to rear its head again more recently as the politically refurbished Thule Tingvall, whose home turf are the far-off archipelagos at the Old World´s Nort-western rim: Hebrides, Orkneys, Shetlands. Consequently, it´s those island territories which become the stepping-stones of the Forster sisters´ bloody route toward that magic place going by the name of Bluebell.
Autor/in

German-born author Paul Werner is a widely travelled, retired simultaneous interpreter working in a dozen or so foreign languages. What spare time he was accorded between high-level conference sessions used to be taken up with skippering sailing yachts of any size and description, both as a passionate offshore racer and an indefatigable island cruiser. His favourite haunts used to be the West Indies on one side of the Atlantic and the Greek and Turkish Aegean on the other. Once retired, Paul made writing his third or fourth professional career. True to some ancient mariner's advice, he now praises the sea aloud while snugly staying on land in romantic old Heidelberg.