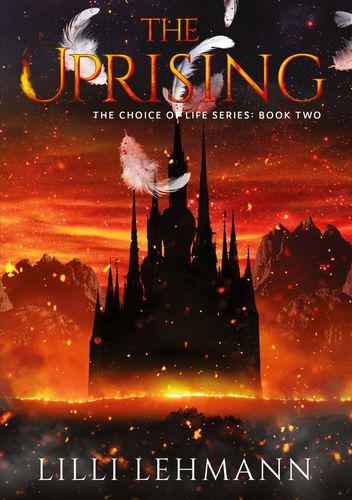 The Choice of Life Series

Mehr erfahren
Beschreibung
An angel with incredible power.
A vicious secret.
A decision, which will change the world forever.

After the war ends, neither Sato nor Vivian believe they will ever see each other again. But fate has other plans.
Yasat - the god of creation - brings his chosen one back. Immortal. Without emotions. Yasat sends Vivian on a hunt for his enemies, and Sato is at the top of the god's hit list...

Vivian must make a critical choice because the being she was prophesied to destroy, is someone she had never suspected...
Autor/in

Lilli J. Lehmann is the author of the cloud world-saga. She loves all kind of fantastic stories and is intrigued by the psychology of decisions and how our past plays into our future. By working in theatre, she turned her love for telling stories into a career. After spending some time abroad, she is currently living in South Germany.

If you want to receive the latest updates, sign up here for the newsletter: www.lillilehmann.com