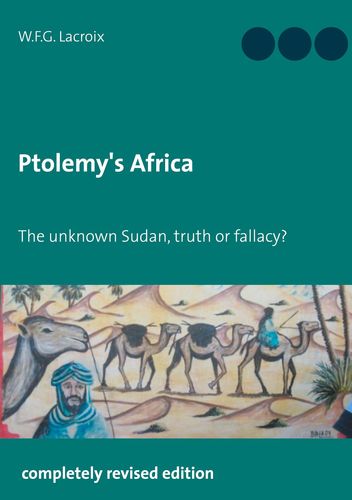 The unknown Sudan, truth or fallacy?

Mehr erfahren
Beschreibung
Ptolemy's map of Africa dates from the 2nd century AD. And for a long time it was thought that the Alexandrian geographer knew well the greater part of the continent, for it was only south of the equator that his information became scarce.
But then, in 1863, the French geographer Vivien de Saint-Martin came to the conclusion that the Sudan - interpreted here as the area between the Sahara and the rain forest - had remained unknown to the Classical world. Even Ptolemy had no idea what it looked like there or which people lived there.To cover up his ignorance Ptolemy had put his rivers, peoples and towns far south of where they really belonged. And that is what historians believe up to this very day.
But is this picture correct? Was Ptolemy the man to cover up his ignorance? Is Vivien de Saint-Martin's really a solid line of reasoning? Or have we perhaps to do here with some sort of wishful thinking? What could be more welcome in those days than an unknown African interior, a huge area waiting to be discovered, conquered, colonized and missionized? Could it be after all that the Sudan was part of the known world in Classical Antiquity? It all depends on whether or not this area is on Ptolemy's map of Africa.
On a former work of Lacroix, Africa in Antiquity, the critic wrote: "Lacroix produces considerable evidence for his topographical identifications from an entirely new perspective, which should be considered by future scholars of the Geographia. Much discussion can ensue, and relevant information can be found there." - Journal of African History, 40, no. 3 (1999), p. 477-478.
Autor/in

Lacroix is a Dutch social psychologist and geographer. In 1992 he obtained his doctorate with an analysis of the inland on Pigafetta's map of Africa (1591). His main interest is Africa in Antiquity.