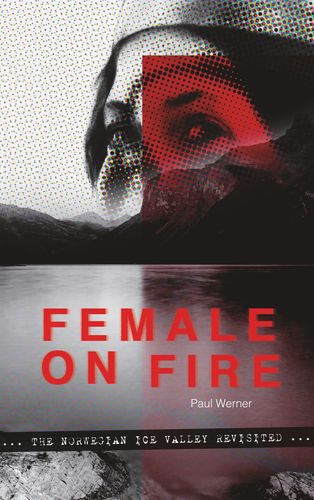 Mehr erfahren
Beschreibung
"Female on Fire" tackles the Norwegian cold case of the so-called Ice Valley Woman, whose true identity still awaits disclosure half a century after the woman´s violent death by burning.
Working his way through the body of evidence and testimonials in the manner of a "literary profiler", Mr. Werner, author of, among others, the Laura-Forster novel tetralogy of crime and adventure, analyses the details of the case the backdrop of the turbulent nineteen-sixties.
By revisiting ostensibly ascertained facts and unveiling new pieces of evidence so far neglected or misinterpreted, the author manages to strip the mysterious woman of one secret after another and for the first time presents a coherent and convincing solution.
Autor/in

Born 1945 in Altensteig, Northern Black Forest region, Paul Werner grew up in Wuppertal.
A Naval ensign set for a professional military career, he left the German Armed Forces in reaction to the 1967 assassination of Berlin student Benno Ohnesorg, whose murder had, in the opinion of quite a few Germans, been brushed under the carpet by both politics and the judiciary.
Having studied English and Russian philology in Wuerzburg and Bonn and obtained his degree in 1972, Paul Werner did not take up grammar-school teaching, however, but seized the opportunity of becoming a conference interpreter with the EU-Commission in Brussels, instead.
Studying law at the Open University in parallel to his working from eight "passive" languages into German and English, he did stints of varying duration in European capitals and cultures such as London, Copenhagen, Athens, Moscow, and Istanbul.
Married to a Dane, he visited Scandinavia and not least Norway on a regular basis both by boat, car, and aeroplane.
Having dabbled in the concoction of articles and essays both in German and English ever since his military and student days, Paul Werner, meanwhile a pensioner, has for more than a decade devoted himself almost exclusively to the writing of essays on "sea lore" and adventure novels with a criminal leaning.
A divorced dad of three adult daughters, Paul Werner today lives in Heidelberg, a pretty far cry from the sea.